Caring About Individual Life: A Tribute

"The day Jackson had his 18 month vaccinations he stopped breathing in daycare.... Jackson is severely disabled. He can't stand, walk, talk, sit, hold his head up, roll over, or maintain is grasp...he has chronic GI pain and vomiting as well as diarrhea....." - Report ID 128, International Memorial for Vaccine Victims (www.NVIC.org)

"The day after receiving the influenza vaccine, my mother ended up in the ER of the hospital with bilateral vocal cord paralysis. She was in respiratory distress....received a feeding tube.... my mother developed pneumonia and died suddenly..." - Report ID 135, International Memorial for Vaccine Victims (www.NVIC.org)


" I am more worried about this [anthrax] vaccine than I am worried about bullets." Stationed overseas in a combat unit, this soldier told CBS News he refused the mandatory series of 6 shots after military buddies who got them died." - Thalia Assuras, CBS Evening News

When I awakened on Monday morning, like the rest of America, I was unprepared for the sights and sounds that would fill the day with unspeakable horror. It was a day that came without warning, as tragedy often does, approaching quietly and striking when you least expect it.

I did not expect the phone call that would prompt me to simultaneously turn on my television and pick up my cell phone. Within seconds I was frantically trying to reach my youngest son, Ryan, who is a graduate student at Virginia Tech, on his cell phone. It rang and rang. Then, there was that familiar voice.

I was lucky. He answered.

Ryan and I spoke three times that day, separated by 200 miles, both of us unable to turn away from the television news, trying to make sense of what was happening. After the first call, I called again and then again, as the numbers of the dead and wounded rose higher. I just wanted to hear his voice and confirm what I already knew: he was not among those whose young lives were snuffed out and he would not live his life grievously wounded, potentially unable to do what he could do before that day. Each time I spoke with him and searched for words to ease the pain of what he was experiencing but knowing that there were no words to accomplish that, I was acutely aware there were mothers and fathers of students at Virginia Tech who would never hear their sons or daughters' voices again, or whose children were crippled by serious injuries.

Ryan, a 2005 Virginia Tech graduate in history and political science, will be receiving a master's degree in public administration from Virginia Tech in a few weeks in preparation for a career in local, state or federal government. An honor student and devoted Hokie sports fan, who truly loves the place he has called home for the past six years, he was scheduled to defend his master's thesis today and I was going to drive down to hear him do that before I made a presentation on participatory democracy to his graduate department tomorrow. I was looking forward to being back on that beautiful campus and meeting his fellow students and professors to talk about how increasing citizen participation in government could create an environment in the 21st Century that bridges the divide between those governing and those being governed.

But what was supposed to be a celebration for students of the Class of 2007, whether they were receiving bachelors, master's or doctorate degrees, has now been shattered. Instead of joyfully concluding the final chapter of their youth, a time when life is so full of promise and all things are still possible, they have been forced to face random violence and death in a most cruel way.

Like everyone, I have been grieving for each of those human beings, whose young lives were taken or forever changed on Monday. The demonstration of kindness and support by the Virginia Tech community for each other and the dignity and grace with which they have handled this tragedy is a tribute to the values they embrace and teach. The coming together of the whole community to acknowledge the value of each individual who is part of the community and to mourn their loss, has renewed my faith in the basic goodness of humanity and renewed my belief in the need to celebrate and protect individual human life.

For the past several years, the National Vaccine Information Center has been working to create a virtual Memorial honoring those individuals who have been injured or died following vaccination. Last year, we received a special donation from Maryella Loman, D.C. to complete the International Memorial for Vaccine Victims, which lives on NVIC's website at www.NVIC.org. Until now, there hasn't been a formal announcement that the Memorial exists.

The International Memorial for Vaccine Victims offers families around the world a place for posting stories and photos of what happened to their loved ones after vaccination so that others can become educated about the signs, symptoms and health outcomes of vaccine reactions in order to prevent vaccine injuries and deaths. It is a publicly searchable database by name, state or country, vaccine, and primary vaccine reaction. By honoring those who are vaccine casualties, we hope to create greater public awareness of the need to value and care about the individual lives of every member of our community, because the hurt suffered by one of us hurts all of us.

Below are several vaccine reaction reports, which have already been posted to the International Memorial for Vaccine Victims, as well as a link to a news report by CBS Evening News regarding anthrax vaccine casualties.

Mothers and fathers, who have lost a son or daughter or watched their child be seriously injured for any reason, are grieving in a special way with the mothers and fathers of Virginia Tech, who are just beginning the long journey of mourning, acceptance, healing and reconciliation. The co-founders and supporters of the National Vaccine Information Center extend our deepest sympathy to the Virginia Tech families, whose children died or were injured this week, as we grieve for them and with them.


Jackson is happy and engaging despite severe disabilities caused by a vaccination reaction
Report ID: 128

Reaction Description: The day after Jackson had his 18 month vaccinations he stopped breathing in daycare. Daycare providers were not able to resuscitate. He was intubated by EMS and remained on a ventilator for 3 weeks during which time they performed every imaginable test including CT scans, MRIs, Lumbar Punctures, a skeletal survey, full metabolic work up, VEEG that lasted for almost a week, and a craniotomy/brain biopsy. They could not find a cause for his illness, but told us repeatedly that it could not be a vaccine reaction. He remained in the hospital for 3 months. He basically had no movement and no emotion during this time and made no sounds except moaning in pain.

Current Health Problems: Jackson is severely disabled. He can't stand, walk, talk, sit, hold his head up, roll over, or maintain a grasp. He has ongoing GI issues that prevent him from doing the things other similarly disabled kids enjoy. He has chronic GI pain and vomiting as well as diarrhea. He is 100% tube fed. He has seizures every day. He requires total care and will for the rest of his life


Jake met all milestones very early, including language milestones, these were all stolen by Autism caused by his 16 month shots (MMR/HIB/DTaP) 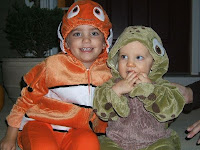 Reaction Description: 16 month shots (MMR/HIB/DTaP) given 1 day after antibiotics round. 8 days after shots, high fever began. Dr. gave antibiotics, said he had ear inf., next day fever higher and Dr. gave stronger antibiotics. The next day Jake developed red blochy rash all over. Dr. took him off penicillin antibiotics and gave Zithromax with a steroid. The next a.m. Jake was UNRECOGNIZABLE, he was rushed to ER in ambulance. He had SEVERE swelling all over his body, especially his face, arms, and legs. He kept a fever that entire time, from approx. 7-8 days after the shots, until around 14 days after shot. They said at the time that it was the Penicillin that he was reacting to. We have since had him tested by an allergist, and he is not allergic to any Penicillin at all! He is not allergic to anything!


A kind, generous, loving mother and grandmother, I miss you so much...
Report ID: 135
Name: Graciela Benesch 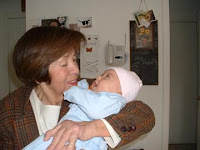 Reaction Description: Three days after receiving the influenza vaccine, my mother ended up in the ER of the hospital with bilateral vocal cord paralysis. She was in respiratory distress with stridor and had to be intubated the next day. Then, a tracheostomy was performed to ensure an airway. Tests were done to rule out stroke or tumors and we were left with a virus as a cause. I discussed the possibility of the influenza vaccine being responsible and two doctors agreed it was possible. She was unable to eat enough after that and received a feeding tube. Then, 2.5 months after this all started, my mother developed pneumonia and died suddenly. She was in a rehab nursing center and they believe it was cardiopulmonary arrest.

Current Health Problems: She had many health problems and I believe that she should NOT have received the vaccine with so many illness going on. Rheumatoid arthritis (long term), rheumatoid lung disease, severe obstructive sleep apnea that caused atrial fibrillation, high blood pressure, congestive heart failure (mild) and lead to many medications to control and prevent clots. Also, hiatal hernia and GERD.


The vaccination against anthrax is mandatory for its U.S. troops deployed overseas. One soldier refused the vaccination and said he is more afraid of it than bullets. Thalia Assuras reports.

Thanks for all the informations. It really didn't make sense to me why our children need to take a lot of vaccines in their body and it's one of the requirements before attending school too. I have a 2 year old and the moment I heard about these horrible stories about vaccines, I don't want her to have any more vaccines. She already got a lot since she was a little baby. Thanks for your blog.