Pertussis Microbe Outsmarts the Vaccines As Experts Argue About Why

For the past decade, Americans have been subjected to dire warnings that B. pertussis whooping cough cases are on the rise and it is the fault of parents who don’t vaccinate their children. 1 2 3 That myth actually goes back to the early 1980’s, 4 when parents of DPT vaccine injured children in the U.S. were asking for a safer pertussis vaccine while, at the same time, discovering that whole cell pertussis vaccine in DPT shots did not prevent infection 5 and vaccine immunity lasted for only two to five years. 6 7

The same old excuse - “it’s the parent’s fault” - is being invoked again in the 21st century by forced vaccination proponents who want to eliminate vaccine exemptions, 8 9 10 11 just as another generation of parents are discovering that acellular pertussis vaccine in DTaP shots also does not prevent infection 12 13 14 and vaccine immunity is waning, lasting at best for two to five years. 15 16 17

Time to Dispel Myths and Lies About Pertussis and Pertussis Vaccines 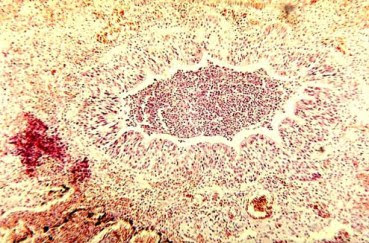 What’s old is new again. And it is time to dispel the myths and lies being told about pertussis and pertussis vaccines.

In brief
Now, here is the rest of the story in more detail: 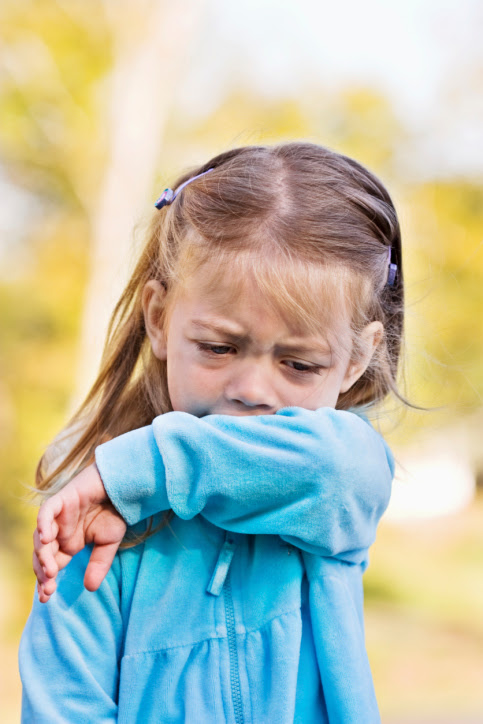 Child pertussis vaccination rates in the U.S. have remained very, very high for the past 35 years. 18 Consistently, more than 94 percent of kindergarten children have had four to five pertussis-containing shots either in whole cell DPT or acellular DTaP vaccines. 19 There is a 94 percent pertussis vaccination rate for children under 35 months old20 and, today, 88 percent of teenagers attending high school have gotten a sixth pertussis booster shot. 21

That’s a lot of pertussis vaccination going on in America for a long time among children of all ages, many of whom are now adults in their 20s, 30s and 40s. So why are public health officials reporting that large numbers of fully vaccinated pre-schoolers in Florida, 22 and fully vaccinated teenagers in California, 23 and fully vaccinated sisters and brothers of newborn infants are spreading pertussis whooping cough - 24 even though most have gotten every pertussis shot recommended by the CDC?

Before we examine why the experts are fighting with each other about the answer to that question, let’s do a quick review of the history of pertussis and pertussis vaccine.

B. pertussis whooping cough has been around since at least the 16th century, and it can be especially serious for babies who cannot breathe when the sticky mucous produced by the gram negative bacteria clogs their tiny airways. 25 26 The first crude whole cell pertussis vaccine was licensed in 1914, 27 but was not given widely to children until after 1949, when it was combined with diphtheria and tetanus vaccines into the DPT shot 28 and used until 1996, when a less reactive DTaP vaccine was licensed in the U.S. 29
By 2014, public health officials reported that 86 percent of the world’s children had gotten at least three pertussis shots, 30 but estimate there are still about 16 million pertussis cases and 195,000 pertussis-related deaths every year globally. 31

But what about deaths in the U.S. from pertussis whooping cough?
In our country, deaths from pertussis infections dropped by more than 75% between 1922 and 1948, the yearbefore the DPT vaccine was licensed. In 1948, the mortality rate was less than 1 pertussis death per 100,000 persons and would never be higher than that again. 32 33 In 2013, there were about 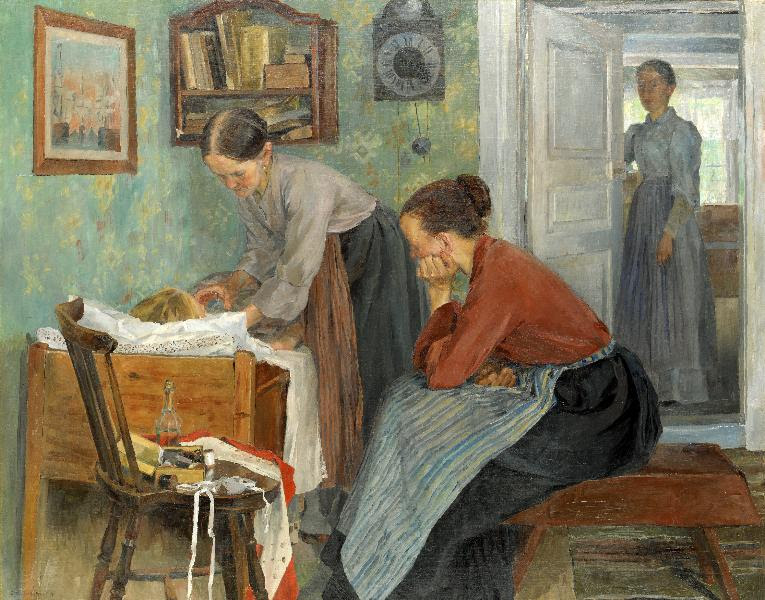 29,000 reported pertussis cases and 13 pertussis-related deaths in America, with nine of those deaths in infants under age one. 34
However, reported numbers of pertussis cases do not match the total number of actual cases of pertussis that are happening in America. Most pertussis cases, like most vaccine reactions, are not being diagnosed or reported by doctors to the government. 35 Public health officials admit they still don’t have reliable lab tests to measure pertussis immunity and can’t agree about how to diagnose pertussis when infected people, especially vaccinated people, show up in doctor’s offices with mild symptoms.36 37 38

Millions of U.S. Pertussis Cases in Vaccinated Persons Not Identified or Reported

But what public health officials have known for a long time - and do not publicly talk about – is that millions of vaccinated children and adults living in the U.S. get pertussis whooping cough and are never identified. 39 40 4142 That’s right: there are millions of pertussis infections going on in America among vaccinated people but doctors are not diagnosing or reporting them.

In fact, whether you or your child have been vaccinated or not, you can get a silent asymptomatic pertussis infection and transmit it to someone else without even knowing it. 43 44 45 That child or adult sitting next to you in the bus, classroom, movie theater or doctor’s office, who has a little cough or no cough at all, could be infected with B. pertussis whooping cough, even though he or she has gotten every federally recommended dose of pertussis vaccine.

No Herd Immunity: Vaccines Do Not Block Infection, Carriage or Transmission

When there are a lot of people with silent asymptomatic pertussis infections, it is impossible to know who is a carrier and who is not, which means that reported cases of pertussis are just the tip of a very big iceberg. It also means that articles blaming whooping cough cases on unvaccinated or partially 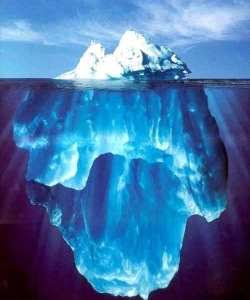 vaccinated children are nothing more than wishful thinking and scapegoating. 46

Bottom Line: Both natural and vaccine acquired immunity is temporary 47and while vaccination may prevent clinical symptoms, it does not block infection, carriage or transmission. If vaccinated people can get silently infected and transmit infection without showing any symptoms – even after getting four to six pertussis shots - then pertussis vaccine acquired “herd immunity” is an illusion and always has been.

So the big question is: Why has more than a half-century of pertussis vaccination failed to produce true herd immunity like public health officials insist it theoretically can if only more and more pertussis shots are given to more people more of the time? 48 49

The answer is simple and the emerging scientific evidence is compelling: the B. pertussis microbe has evolved over the past 65 years to evade whole cell and acellular pertussis vaccines, which drug companies have marketed and medical doctors have aggressively promoted in a crusade to kill a species of bacteria they still know very little about. 50 51 A review of the medical literature reveals that the experts are unhappy with how much they still don’t know about the B. pertussis microbe 52 and are arguing with each other about if, when, how and why pertussis vaccines have consistently failed to do the job of achieving herd immunity to prevent B. pertussis whooping cough from circulating in highly vaccinated populations around the world.53 54 55
The inconvenient set of scientific facts they have to work with are these:

Pertussis Microbe Evolved to Evade Both DPT and DTaP Vaccines

Eighteen years ago, in 1998, molecular biologists and other basic science researchers began warning that the B. pertussis microbe started to evolve to evade whole cell pertussis vaccine after DPT shots were given on a mass basis to children in the 1950’s.89 90 91 92 For the past two decades, these bench scientists have been publishing hard evidence that over the past 65 years, B. pertussis bacteria have efficiently adapted to both whole cell and acellular pertussis vaccines.93 94 95

Bottom line: There is compelling scientific evidence that B. pertussis bacteria have evolved to survive vaccine pressure. Now, there are more virulent pertussis strains that are more efficiently transmitted by vaccinated children and adults with waning immunity.

As one research scientist commented in 2009, “An important question is whether other childhood vaccines also select for pathogens that are more efficiently transmitted by primed hosts, resulting in increased virulence.” 101

War on B. Pertussis Bacteria & Vaccine Policies Not Driven By Hard Science

The crusade by public health officials to kill the B. pertussis microbe by adding more and more doses of ineffective vaccines to the child and adult schedule – now even invading the once sacred place of the womb and insisting all pregnant women be vaccinated 102 103 - is a cautionary tale. As we witness a bacterial species efficiently adapting in an effort to survive a war that has been declared on it, what 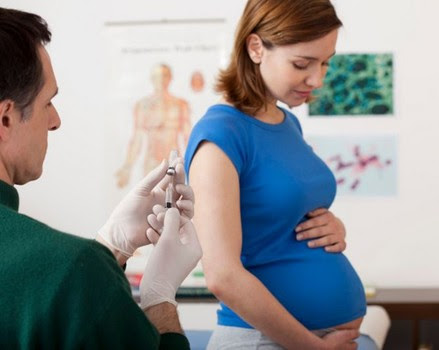 has become painfully clear is that the history of mass vaccination has not been driven by hard science transparently shared with the people. 104 105 It has been driven by the politics of a public health profession working a lucrative government-industry public private partnership to protect failed vaccine policies, while ignoring the hard science. 106 107

We, the people, are not going to pretend the science doesn’t exist. It is up to each one of us to inform public health officials and legislators that it is their responsibility to show us the science and give us a choice when it comes to vaccines, especially when no vaccine manufacturer, no public health official and no doctor is liable in a civil court of law when vaccine reactions and failures lead to injury and death. 108

Learn more on NVIC.org. Sign up for the free NVIC Advocacy Portal and become active in your state to protect vaccine exemptions from being eliminated by the Pharma, Medical Trade and Public Health industries.

It’s your health. Your family. Your choice.


Posted by Barbara Loe Fisher at 8:16 AM No comments: